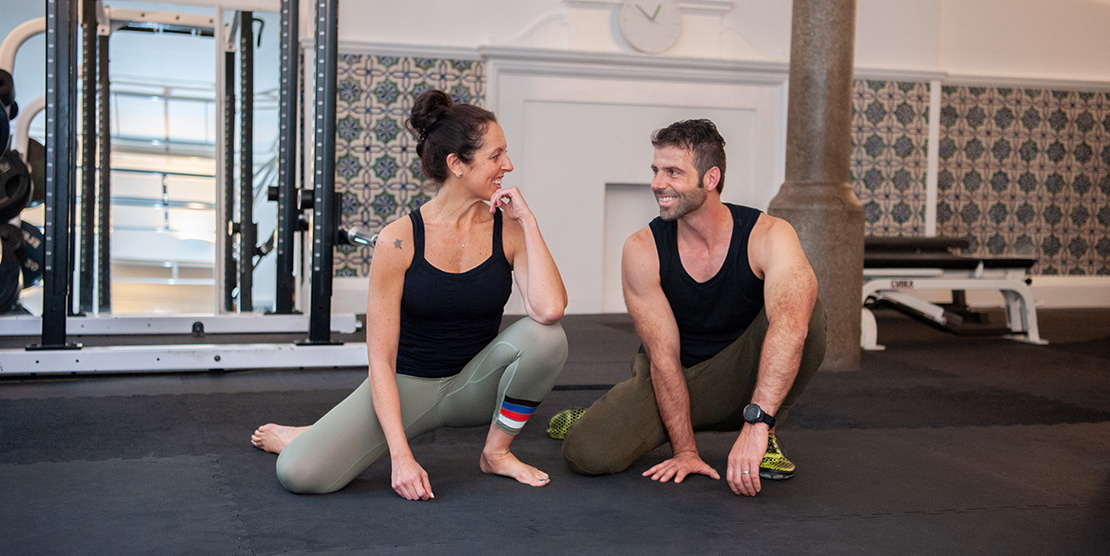 The Field Training Lifestyle is rooted in the shared vision of its founders, Danielle Kleber and Diego Core.

We work with a team of highly skilled practitioners who work not only with postural correction, rehabilitation following injuries; but also close guidance with osteopathic treatment. Our exercise specialists help to encourage weight loss through their tailored programs and overall body contouring. In conjunction with our nutritional guidance will not only supercharge your energy levels but also work towards fast-tracking you to a healthier metabolism for life.

Diego and Danielle first met at university in Brazil where they were studying sports science and physical education. Diego’s thesis, on training methods for the over 60s, showed a mature interest in health and longevity beyond the mere narcissism of gym culture. Danielle’s passion for yoga, dance, martial arts and surfing was channelled into her research into the relationship between body and behaviour. It was here that Diego developed his sense of academic rigour.

“You won’t go far without the ability to think critically,” he says.

These two strands – the serious study of health as the basis for a celebratory attitude to the embodied life – have come to fruition at The Field Lifestyle Training Centre.

After completing their studies, the couple moved to London. Diego took a job in a gym where he discovered functional training, in particular the work of Paul Chek.

Chek also opened Diego’s eyes to nutrition based on whole foods and metabolic type. Diego subsequently explored paleo nutrition, followed by an in-depth study of Charles Poliquin’s Biosignature system. He is now experimenting with intermittent fasting and detox regimes. Meanwhile, Danielle immersed herself in the study of Pilates, travelling to Joseph Pilates’ studio in New York to study with the best in the world.

Both Danielle and Diego have used their expertise to heal themselves. Danielle used pilates to address postural issues caused by flat feet, while Diego rehabbed his shoulder after surgery. This experience proved invaluable: for three years, Diego worked exclusively with people in pain. It is a fundamental principle that he first tries all treatments, exercise and nutrition protocols on himself.

Diego’s quest to heal his shoulder led him to the clubbell and Scott Sonnon’s revolutionary Circular Strength Training system. After learning deep postural control through Pilates, Danielle has also embraced the rigours of strength training in all planes of movement, and is now a clubbell-wielding CST instructor herself. She is also training to be a vinyasa yoga flow teacher.

Danielle and Diego’s work covers the full spectrum of physical training and health. They enjoy nothing more than taking someone with a serious dysfunction and returning them to optimum performance, transforming their body in the process. As Diego says, “I always tell someone that they may have a bad back when they start, but soon they will be able to climb Mount Everest.”

Their knowledge and enthusiasm has enabled Danielle, Diego to build a large clientele at The Field, from bankers, politicians and royalty to artists and models. Their clients in turn are inspiring others with more than just physical transformation, but a complete philosophy of living.

Subscribe to receive all news about us and to get a FREE consultation with one of our specialists.

⚡️The year is about to end and we would like t

From all of us at The Field, we would like to wish

Don’t stay home from Pilates! Take a page from h

Weight lifting isn’t just about bulking up and b

The world’s views on health and fitness are chan

Small yet effective! - Finger extenders with a sma

Back, neck, shoulder pain?! Come and see our amazi

We find ourselves locked down in England! We must